In the midst of the Presidential election, the BLM protests, and COVID-19, you might have missed one of the most consequential and historical news stories of the year. On July 29 2020, four of the world’s biggest tech giants were grilled during a six-hour Congressional hearing before the Antitrust Subcommittee of the House Judiciary Committee (try saying that five times fast). The participants were a “Who’s Who” of the biggest names in the industry: Amazon’s Jeff Bezos, Google’s Sundar Pichai, Facebook’s Mark Zuckerberg, and Apple’s Tim Cook.

The tech industry hasn’t seen anything like this in two decades, not since Microsoft was sued by the Department of Justice for illegally protecting its operating-system monopoly. You’ll be forgiven for not tuning in to all six hours of the testimony, though it was a surreal sight to see. Four of the most powerful people on the planet claimed their global, multibillion-dollar empires weren’t really that powerful or influential after all.

The hearing was a rare display of bipartisanship, though Democrats and Republicans targeted the four tech companies for dramatically different reasons. Democrats fixated on the four company’s supposed antitrust and anti-competitive business practices, while Republicans questioned if these platforms were biased against conservatives.

Here are the specific accusations against each company, and their chief executive’s respective responses.

Amazon is one of the world’s largest online marketplaces, giving it exclusive access to billions of people’s data. For years critics have accussed Amazon of strong-arming brands and third-party sellers who can’t afford to not be on the platform, and thus are forced to accept whatever deal Amazon offers. They accuse Amazon of not only selling their products at tremendously low prices, but essentially ripping off their ideas with Amazon-branded off-shoots and counterfeiters.

Amazon has claimed it does not tap data from third-party sellers to boost sales of Amazon-branded products. However, when reports were brought up in the hearing Jeff Bezos admitted that while Amazon has a policy against using seller-specific data to aid their private label business, he couldn’t guarantee the policy has never been violated.

Google dominates search, but its influence extends across virtually the entire online economy. Both Google’s customers and rivals have complained that Google’s search engine benefits Google at their expense. For example, Google is accussed of charging customers for their ads to be seen, but meddles with the results to favor its brands, such as Google reviews instead of Yelp and YouTube instead of Vimeo.

Sundar Pichai countered by claiming that 1.4 million small businesses producing more than $385 billion in global economic activity are supported by Google. Pichai also noted Google is helping many businesses thrive even during the pandemic.

Facebook has been accussed of preventing similar social platforms from succeeding in the past, a charge which was brought up at the Congressional hearing. Facebook’s competitive streak has secured its position as the biggest social media platform on the planet, as well as the owner of two other gigantic social media platforms, Instagram and WhatsApp. Facebook also purchased data-analytics startup Onava, using the data to help identify companies it wanted to copy or acquire.

Facebook was also accused of securing huge profits through the spreading of “Fake News,” popular conspiracy theories that have thrived on the platform. Mark Zuckerberg’s early remarks in the hearing were simple, but evasive: “We compete hard. We compete fairly. We try to be the best.”

The allegations against Apple were the least combative among the four tech giants. App developers have railed against the 30% cut that Apple takes from the revenues generated in the App Store. Apple was also accused of ripping off apps that were similar to their own. Anticipating that this issue would be raised, Apple recently released research claiming their 30% commission fee was comparable to Google and Amazon.

Tim Cook responded to such claims by saying Apple doesn’t intend to harm app developers. Cook also stressed that there is fierce competition on both the developer side and the customer side.

HOW DOES THIS IMPACT YOU?

Congressmen David Cicilline, Chairman of the House Antitrust Subcomittee and a Democrat representing Rhode Island, stated the tech giants are likely to become even more powerful due to the pandemic, as more people work, shop, and conduct business online than ever before.

These four tech giants have tremendous influence not only on the U.S. and global economies, but on our individual lives as well. Given the unprecedented nature of this Congressional hearing, it is possible there may be a call for greater regulation of Amazon, Google, Facebook, and Apple. This could open up new opportunities for both big and small businesses, including local merchants who have been struggling to establish themselves in the online marketplace.

Is your business ready to navigate the online marketplace? Do you need advice on how to make Amazon, Google, Facebook, Apple and more work for you, not against you? Contact us to discover your brand’s Rally Point, and learn the forward-thinking strategies to succeed online and off.

Anya Sleezer is the owner of Levo, a full–service marketing agency, focused on helping companies from all industries who are concerned with their marketing results, traffic, branding, advertising, or websites. 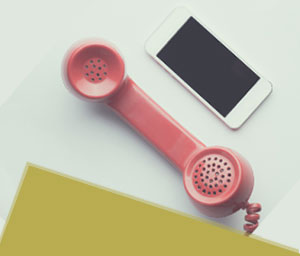 TAKE US FOR A TEST DRIVE.

We understand that representing your ideas, your solutions and your brand is a big responsibility. Try our 30-min, complimentary phone consultation, where you'll discover if we're a good fit for your needs, gain project clarity quickly and easily, and save valuable time